Today on the occasion of Maharashtra Day, Mumbai Airport welcomed the inaugural Airbus A380 flight of the UAE flag carrier Etihad Airways.

Flight EY 204 was flown on Etihad’s second A380 registration A6-APB operated by 22 all-Indian crew with Captain Ramesh Krishna from Hyderabad & First Officer Irfan Rizvi from Mumbai at the controls. 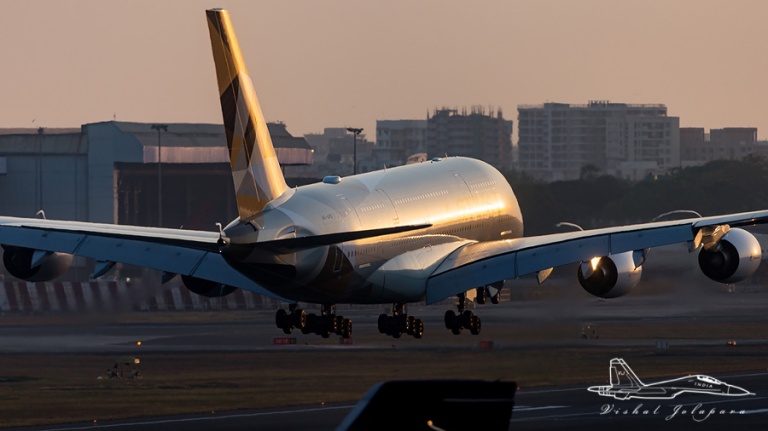 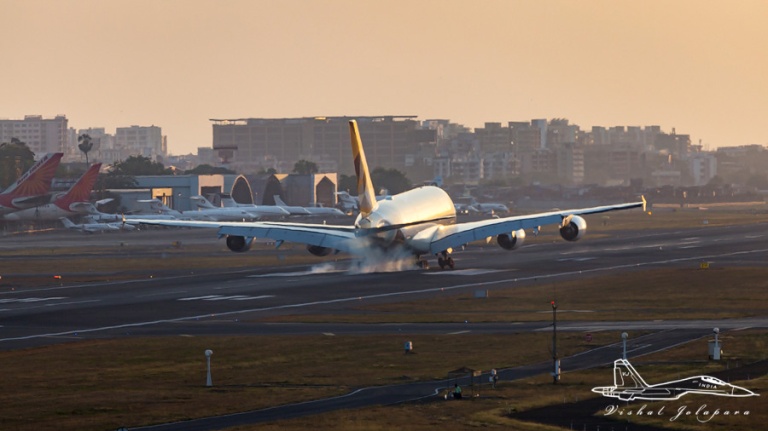 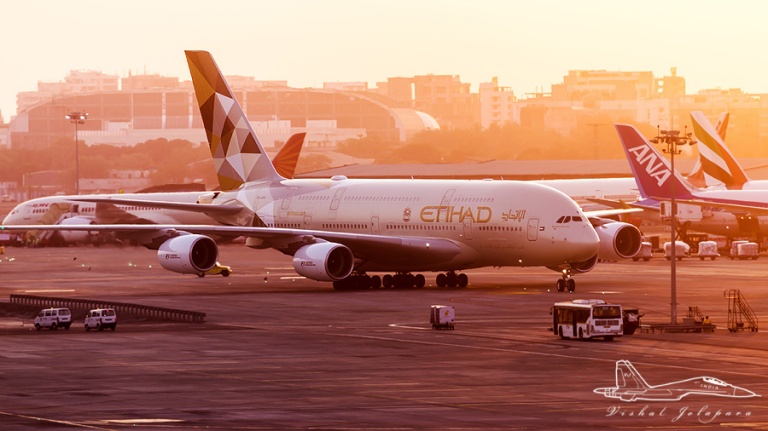 As was reported in the media earlier, the customary water canon salute was skipped in light of water shortages in the state. 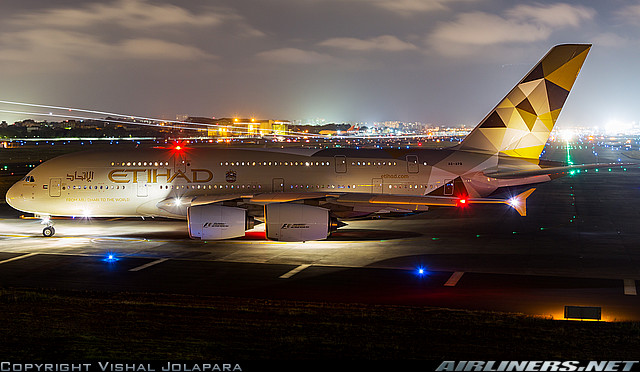 This is an upgrade in capacity and product on the route which was operated until now by a mixed-bag of their widebody fleet, mostly by their gorgeous Airbus A340s.

Etihad’s 496 seater A380 product features up to two guests in The Residence, nine First Apartments, 70 Business Studios, and 415 Economy Seats.

The A380 operates EY 204/203 which is one of five daily flights between Mumbai and Abu Dhabi, two of those are operated by Etihad Airways Partners member – Jet Airways.

One thought on “Inaugural Etihad Airways A380 to Mumbai”